Brief end of year report for 2019 of recording in Wexford

2019 was another amazing year for recording in Wexford. Almost 60,000 records were collected during the year. We set out a few aims at the start of the year. One was to make sure all 2564 moands received a visit, this I’m glad to say we achieved. Another was to try and find 100 or more species per monad. At the end of 2018 there were 158 monads, by the end of this year there are just 78 monads with 99 or less species. None of these are ever likely to top the 100 mark, as most are around the border of the county, and are part monads or high up in the Blackstairs Mountains.

The average number of species per monad has also increased by 9 to 167.

Refinds for the county
There have been some exceptional refinds of native species that were thought extinct in the county.  Matthiola sinuata (Sea Stock) had been extinct in Ireland since 1925 was refound on the east coast. On the south coast Cytisus scoparius subsp. maritimus (Prostrate Broom) was refound on Baginbun Head in large numbers, this broom that hugs the ground rather than growing upright was last recorded here in the 1880s by H.C. Hart, and the first county record since the 1960s. Also on the south coast Lathyrus japonicus (Sea Pea) was found on a shingle beach on the Hook, 2nd county record, and first since 1994. It wasn’t just native species that we had luck with, even as late as December Angelica archangelica (Garden Angelica) was refound on the bank of the River Barrow at New Ross, this garden escape last reported here in 1994 by Ro FitzGerald. 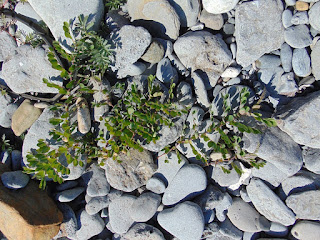 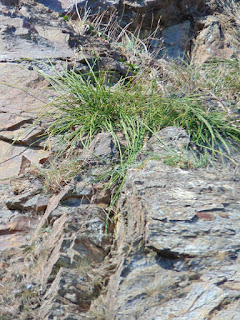 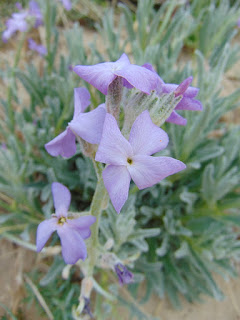 New species & hybrids for the county 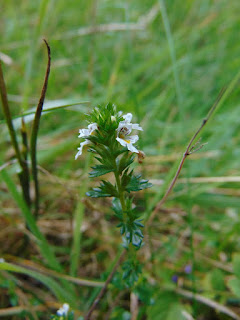 31 new species and hybrids have been added to the county list in 2019. 6 of these were hybrids. Only 8 out of the 31 were native: Geum x intermedium (Water x Wood Avens) and 7 dandelions. Even though found in 2018, but not named until 2019 was Euphrasia stricta, was the best record as this is a new eyebright for Ireland. 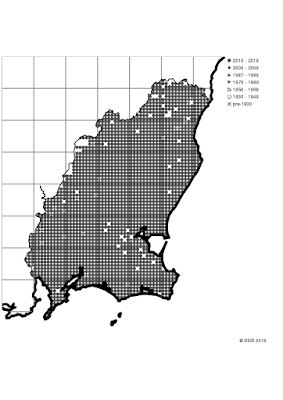 Other fun projects included over the winter months trying to find Stellaria media (Common Chickweed) for as many of the monads as possible. Once you got the hang of what habitat Common Chickweed liked it was reasonably easy to find, well used field gateways, fields resown to grass, and waste ground were the best places to look. Surprisingly hard to find in stubble fields and on road verges.

Posted by Wexford Wild Flowers at 02:51