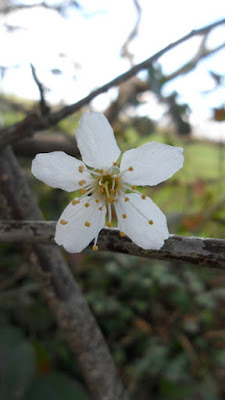 Cherry Plum has just started flowering. Rather late this year, as I normally see it flowering in January. A strange spring as several species are rather late to start flowering this year.
Note the green twigs in the below photo. The young twigs are green for the first couple years.
This was a new hectad record today. A very under recorded species! 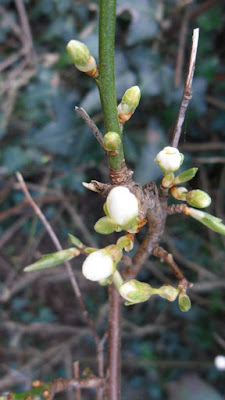 Posted by Wexford Wild Flowers at 13:10 No comments: 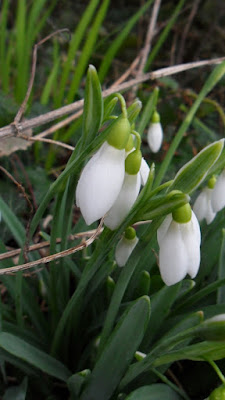 This hybrid snowdrop was growing under a hedge west of Curracloe. It must of been a garden outcast at sometime. It was clear it was spreading as there were seedling of the snowdrop. The leaves have slight folded over margins as in G. plicatus. 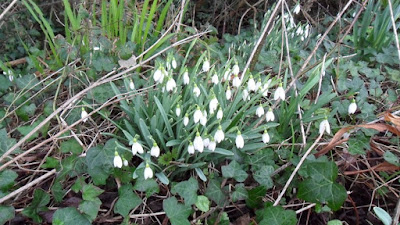 Posted by Wexford Wild Flowers at 13:34 No comments: 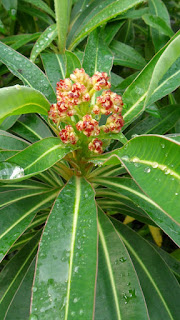 Canary Spurge flowering today at Bannow. This spurge is turning up all over the county. Well established in one wood. Bushes of the spurge are often over 2m tall. 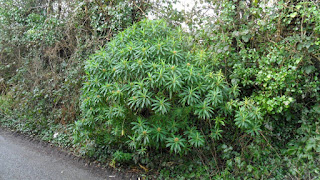 Posted by Wexford Wild Flowers at 00:33 No comments: 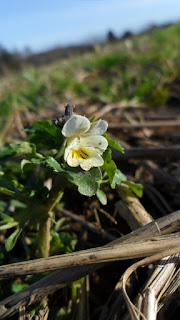 Field Pansy taken two days ago on a lovely sunny cold day. It was growing over the whole field in large patches. There was no other weeds in the field. The map below shows all the monads Field Pansy has been recorded in since 2000. 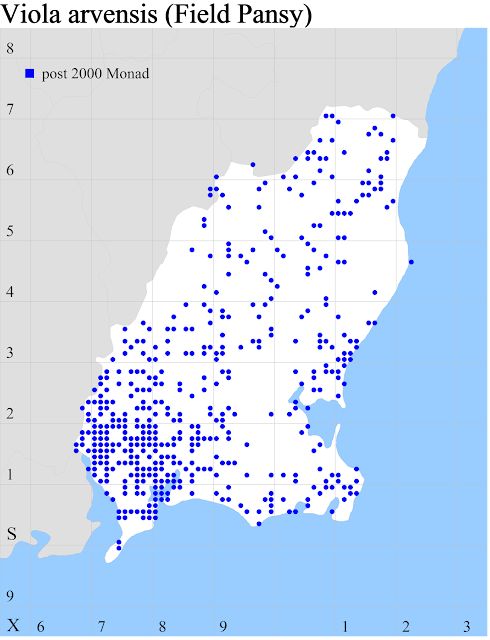 Posted by Wexford Wild Flowers at 00:30 No comments: