Cotoneaster frigidus (Tree Cotoneaster) growing on the site of a ruin, new species for Wexford 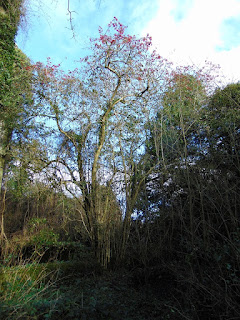 I was out trying to refind Carex strigosa (Thin-spiked Wood-sedge) in the only hectad in the county where there is no post 2000 record. No luck as where the Carex once grew had been drained and planted with trees. While in the area I noticed two large chimneys poking above the trees, my first thought was there might be snowdrops in the wood, if it was a ruin (see below). It was a large house at one time known as Coolbawn. There was a Cotoneaster self-sown on the ruins, plus a very large tree of the Cotoneaster (see above), which I took to have been planted. As the tree still had leaves and berries I was able to ID it as Cotoneaster frigidus (Tree Cotoneaster) a new species for the county. 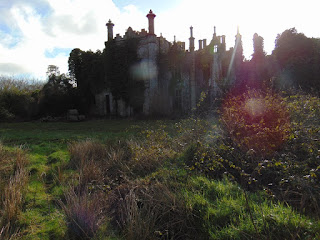 Above and below the ruins of Coolbawn 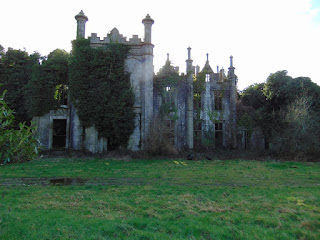 Also self-sown on the ruin was a number of bushes of Veronica salicifolia (Koromiko) (see blow, light green bush in picture), this is a new hectad record for this Veronica. Had no luck in finding any snowdrops, but very much enjoyed looking around the ruins. 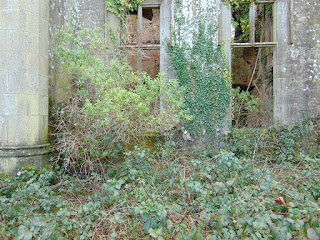