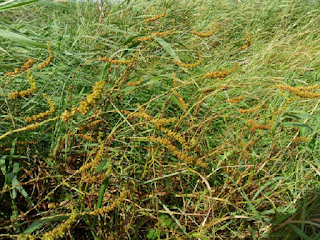 I was walking through a reed bed and stopped in my tracks and thought a new site for Golden Dock! The more I looked at it, I was not convinced it really was Golden Dock. Then I realised I had both parents growing very close by and in fact I was looking at the hybrid between Clustered Dock and Golden Dock. This is first time I have seen this hybrid since I saw it in Somerset in 1995. It is also the first record for Ireland. Above: whole plant. Below: close up of hybrid. 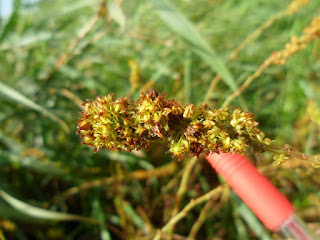 The hybrid has some spines, but they are much shorter than those of Golden Dock. 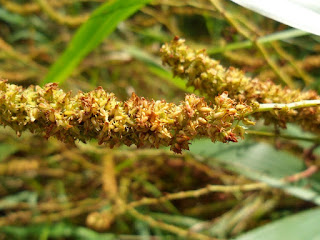 Above & below: the hybrid 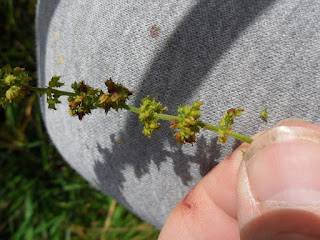 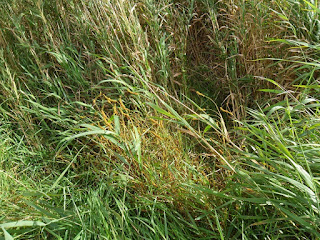 Above: the hybrid amongst the reeds 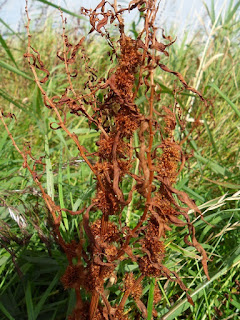 Above: a dead Golden Dock amongst the reeds. 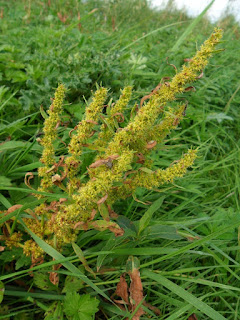 I then looked in an adjoining field that had been sown with a mix of flax and oats. There was an abundance of Golden Dock (above), really living up to its name. 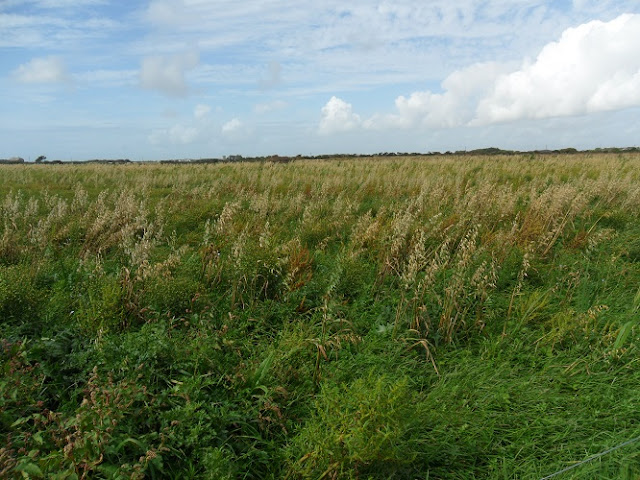 In the above picture all the golden colour is Golden Dock, haven't seen this many Golden Docks in one location for a long time. Below: lots of Golden Dock in forefront off picture. Speaking to Roy Watson today, a local botanist, he says that when the drainage ditch was put through the marshy area Golden Dock came up in the 1000s. 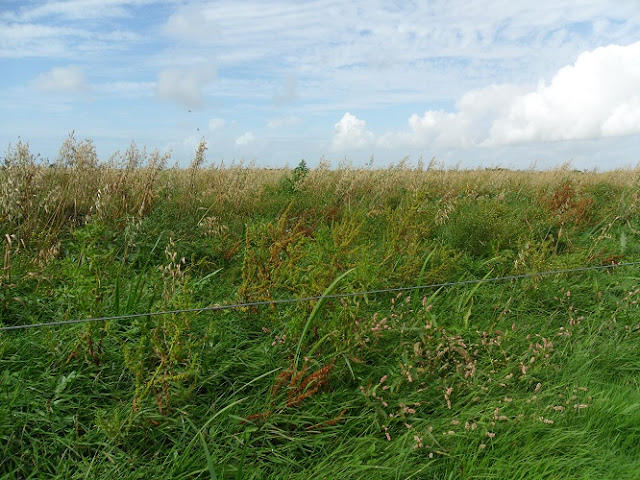 Posted by Wexford Wild Flowers at 13:57