Matthiola sinuata (Sea Stock) refound in Wexford, thought to be extinct in Ireland 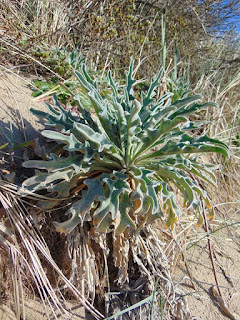 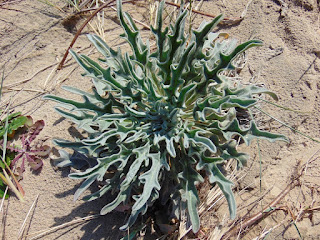 Sea Stock refound on the Wexford coast. A species that was thought extinct in Ireland. The Ireland Red List No. 10 Vascular Plants says it was last seen in Ireland from Co. Clare in 1933, and for Wexford says 1925. In my database for the county I have records up to the 1970s, which would seen to be correct, as more than one person has mentioned seeing Sea Stock in the county, since I reported the Wexford site found on 2nd April. I counted 85 plants, but might be as many as 100 plants. The Sea Stock has been there more than one year, as there were tiny little plants as well as large rosettes. I walked this stretch of coast in 2016 looking for Atriplex, surprised I didn't seen it then if it was there, would seem more likely that a winter storm unearthed buried seeds. 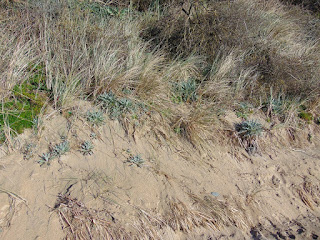 Above: Sea Stock growing on the margin of the Sea Buckthorn shrub, on the edge of the sandy areas just above the strand. Below: looking south. 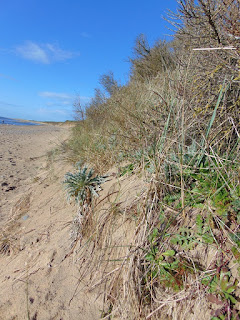 Posted by Wexford Wild Flowers at 13:33