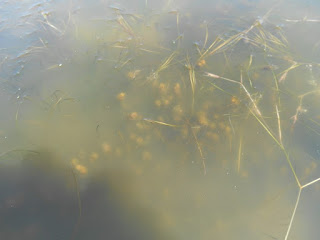 Frankie Tennant sent me these photos to ask me what it was. I could only tell him it was a Stonewort. It was growing in Lady's Island Lake. I asked Frankie if he could collect a little for me to send to Nick Stewart the BSBI Referee on Stoneworts. Between Frankie finding the Stonewort and going back to collect some, it had rained hard and the water level was much higher. Frankie had to just feel around in the water until he could find it again. Certainly worth the effort! Nick came back to us and said it was Lamprothamnium papulosum (Foxtail Stonewort). A species I have never seen. Looking on the BSBI DDb distribution maps I was very surprised at just how rare it is. In Ireland it is confined to the SE corner of Wexford. In the UK, only known from Dorest, Hampshire & Uist.

This is the first report from Lady's Island Lake since Nick saw it there in 1991.

The above photo is a habitat shot showing the Foxtail Stonewort growing with Ruppia (Tasselweed). Below are some photos showing what it looks like when taken out of the water. 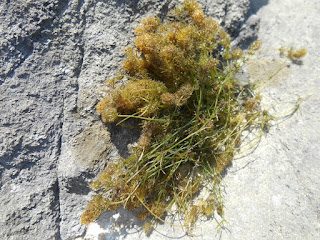 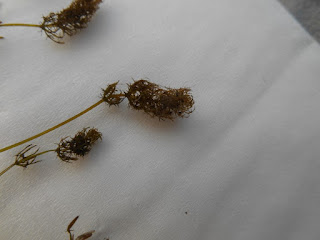 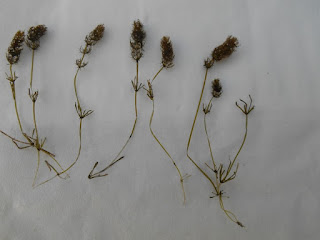 Posted by Wexford Wild Flowers at 23:51 No comments: 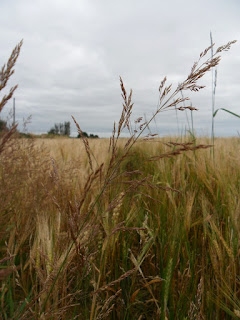 Popped up the road this morning to look at a grass which is an abundant weed in an arable field. As I expected it was Black Bent. This time of year it is easy to notice as it towers above the crop. This is a new site for Black Bent in the county. 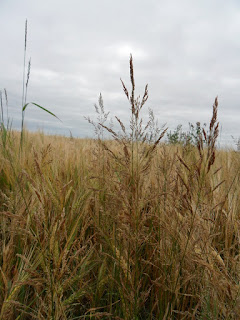 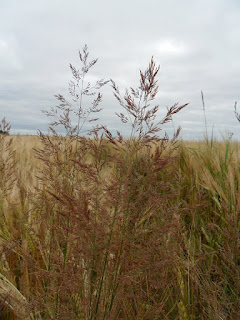 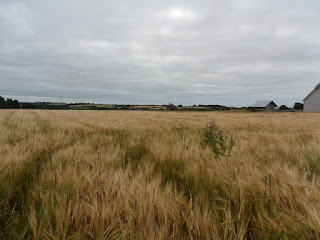 Posted by Wexford Wild Flowers at 02:00 No comments: