Short report of recording Wexford during 2016 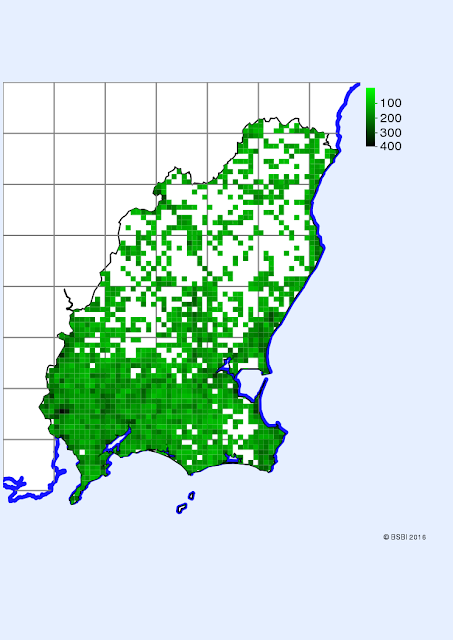 Above map shows all monads where 100+ species have been recorded since the year 2000. 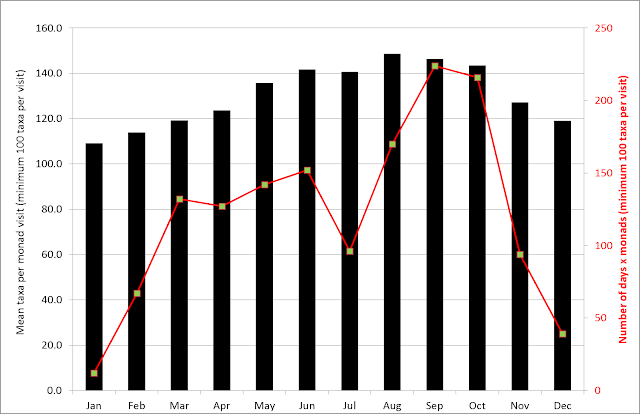 I think you could say we got rather carried away with recording in 2016 as 127,364 records were collected. 48,000 more than any other year. All have been entered into MapMate and sent onto the BSBI DDb database.
Recording took place over the whole year. Records were received from 43 people besides me and my joint vice-county recorder Paula O’Meara. The majority sent in records for the flower of the month the Wexford Naturalists’ Field Club chose to record. This proved highly successfully and popular amongst club members. Many monads had gaps filled for spring species like Ficaria verna (Lesser Celandine) where Paula and I had recorded at a time of year when it wasn’t showing.

53 new species and hybrids were added to the county list, and if you include subspecies and varieties there were 86 new for Wexford. Of these, only 6 were native:


Posted by Wexford Wild Flowers at 08:27 No comments: